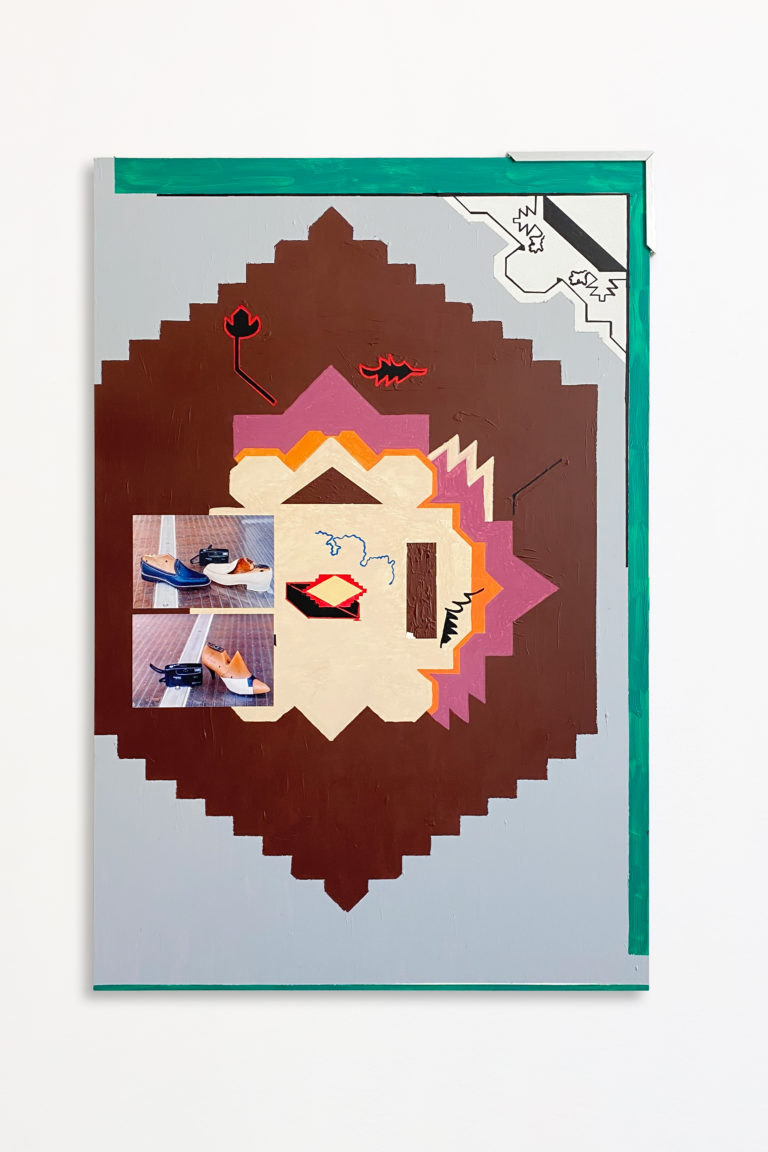 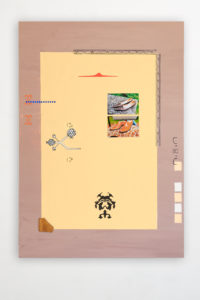 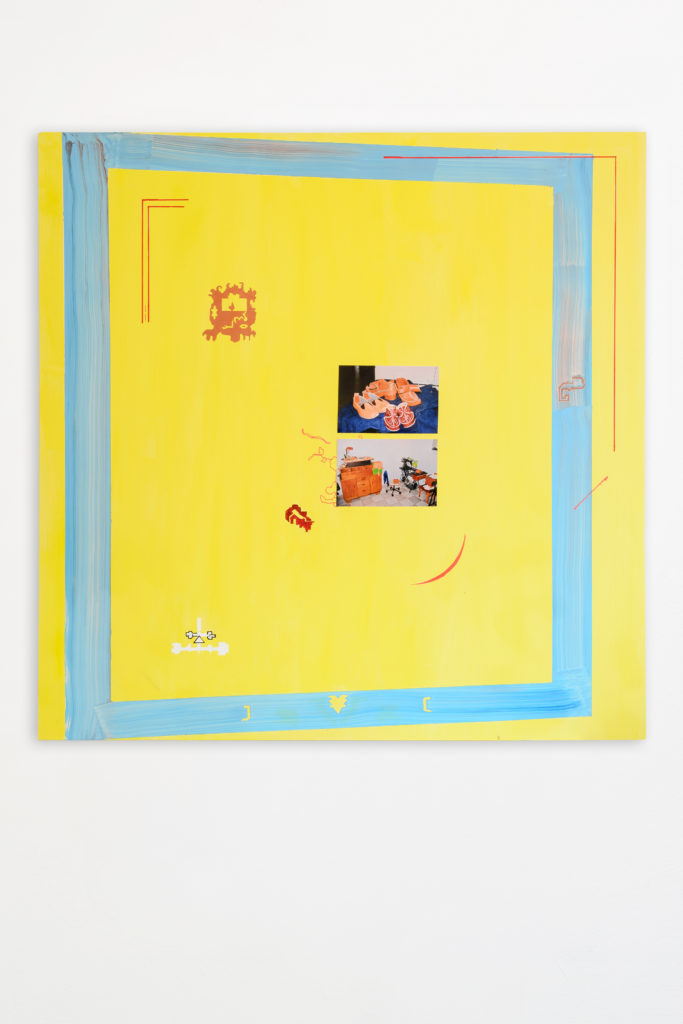 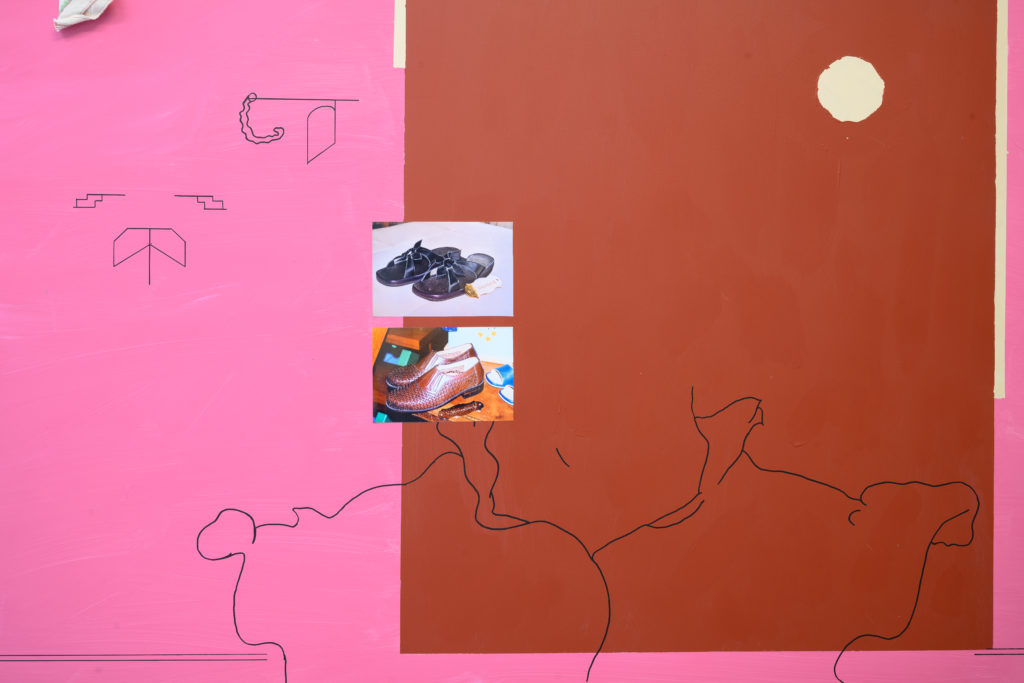 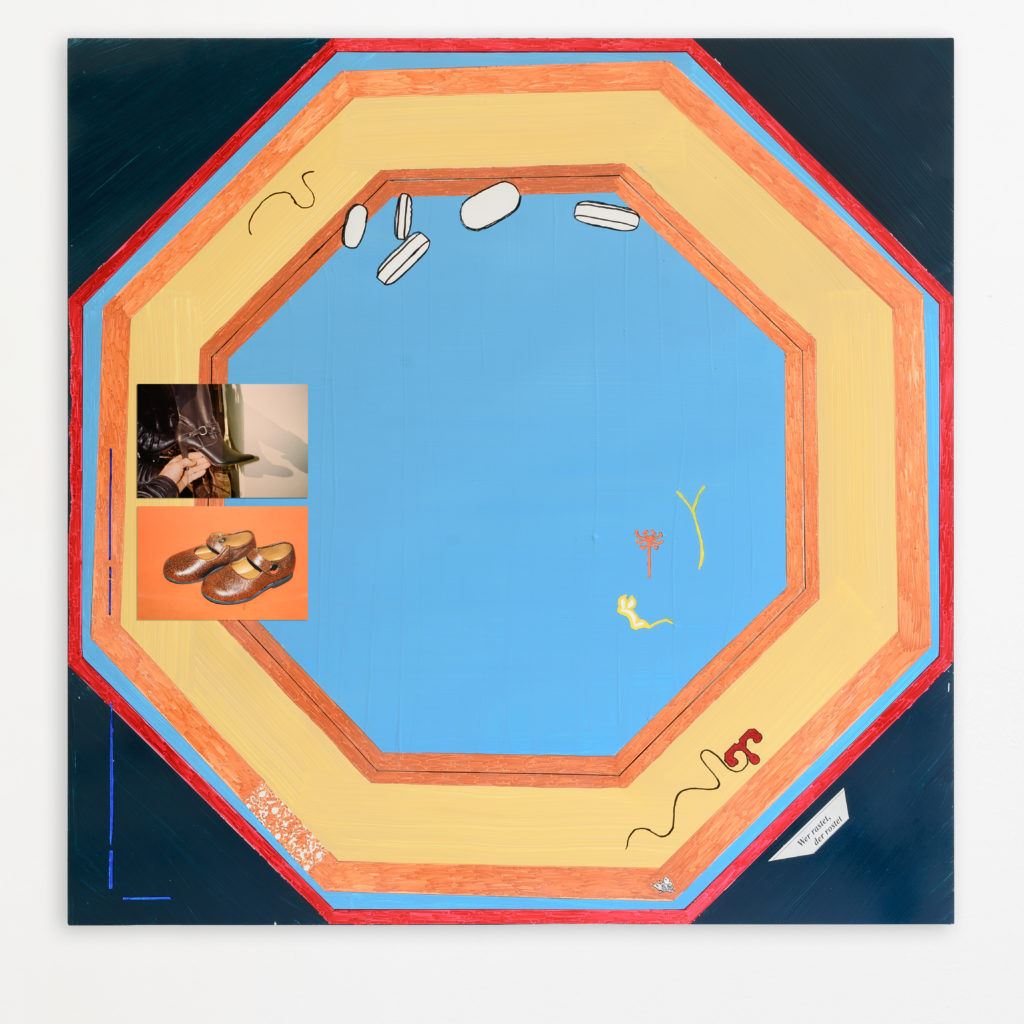 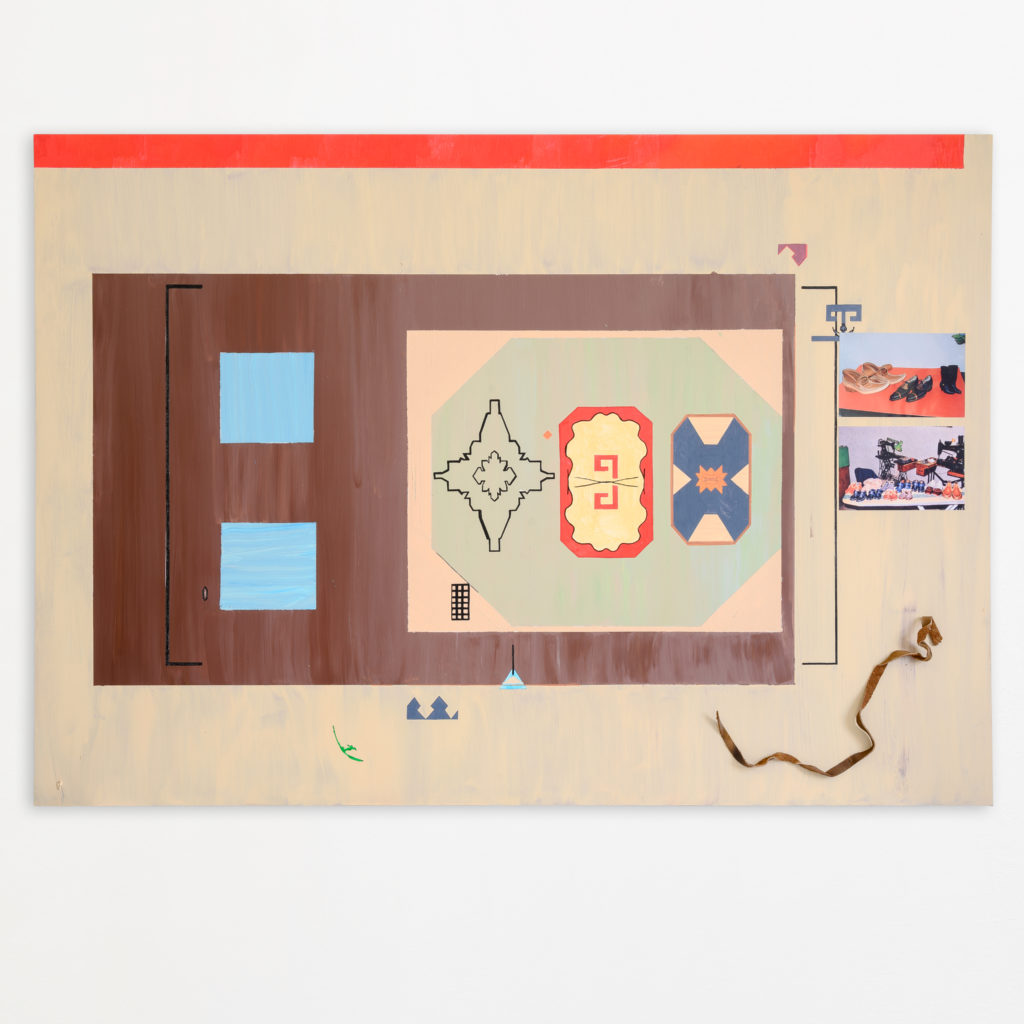 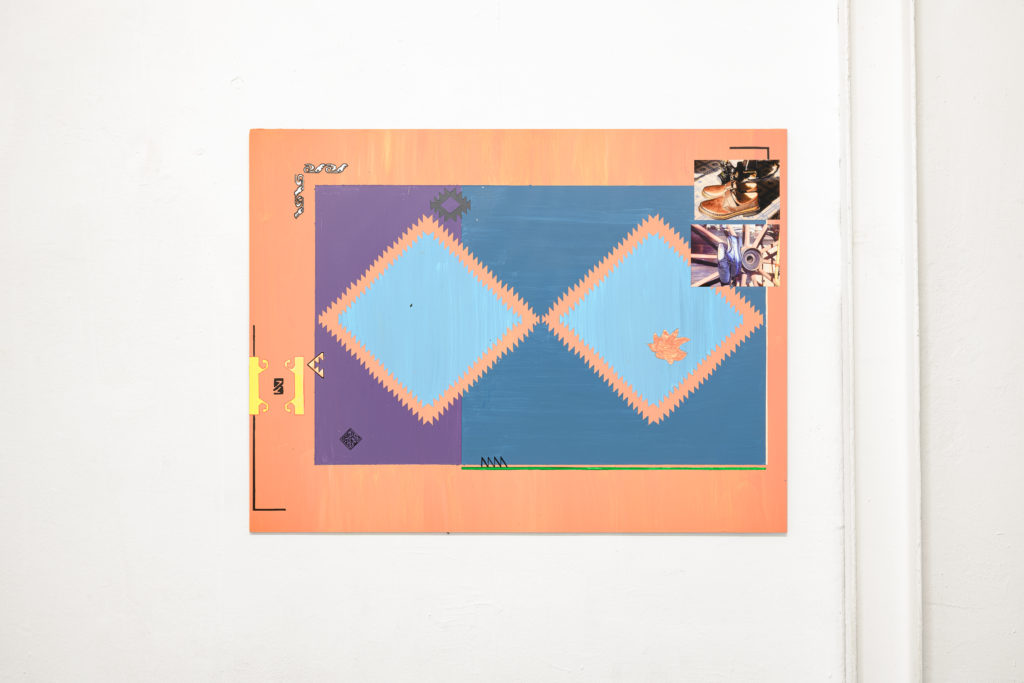 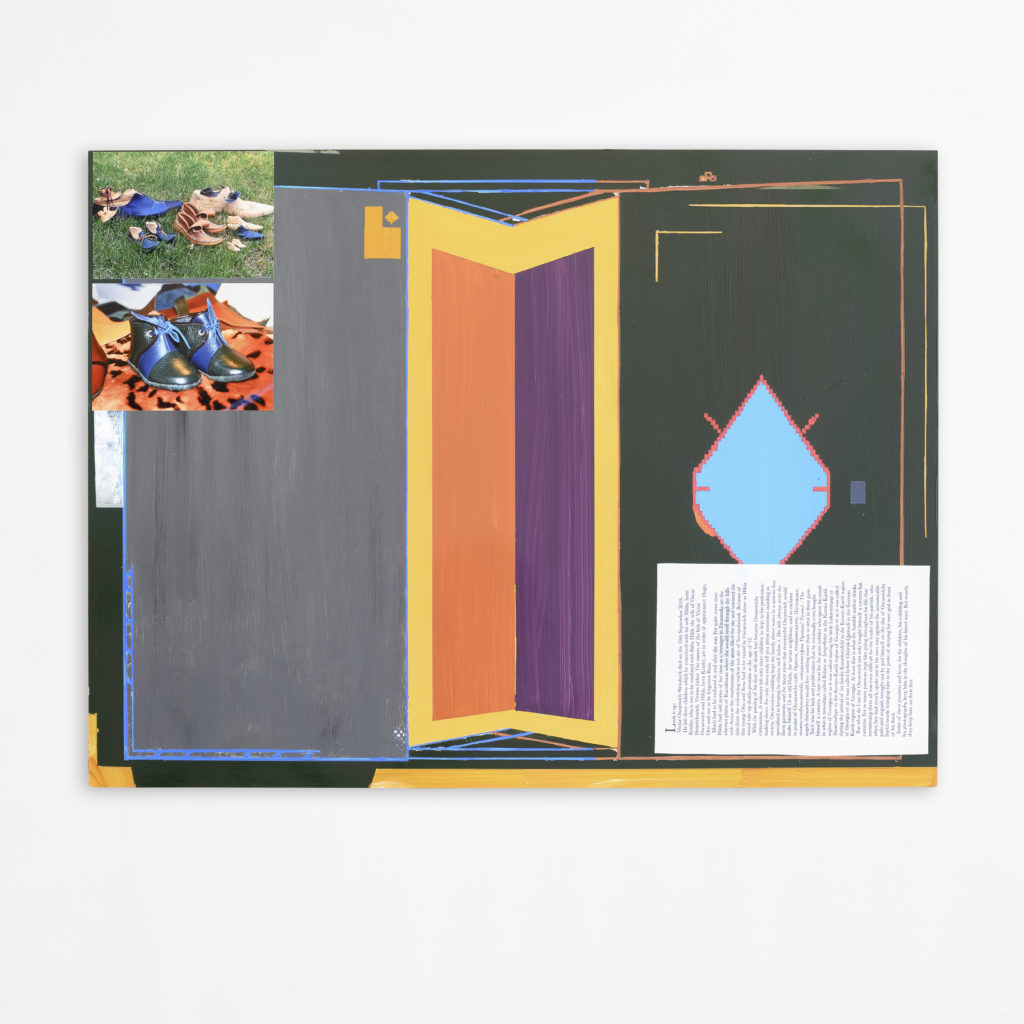 “In a certain town there lived a cobbler, Martin Avdéitch by name. He had a tiny room in a basement whose one window looked out onto the street. Through it one could only see the feet of those who passed by, but Martin recognised the people by their boots. He had lived long in the place and had many acquaintances. There was hardly a pair of boots in the neighbourhood that had not been once or twice through his hands, so he often saw his own handiwork
through the window. “
from “Martin, the shoemaker” by Lev Nikolayevich Tolstoy

A pile of photographs. An archive. Calling, asking to be seen, read, remembered, interpreted. Provoking curiosity, fascination, fetishisation. Even though the images are silent, a voice – a brush, a pen, pieces of leather, torn fabric – attaches itself to the photographs, drawing new lines that extend from their frame, becoming fibres weaved into a tapestry of imagined narratives, private and common. A gesture of stepping back, an expansion of the frame, as the photographer, the shoemaker, becomes the last.

The shoemaker takes photos of the shoes he makes. A pair of shoes and nothing more. And yet he holds a boot in his hand. He lays a pair of shoes next to others on the working table or places them against a DIY background, highlighting colours, patterns, and other special features. After being crafted by the shoemaker from the positive last, the foot-like wooden mould around which the shoe takes its form, each shoe is (re-)framed by him, captured on the camera’s negative, retrieved from the world of usage and work and into the world of images. Unworn, before time had the chance to remould them.

Each of these photographs was taken, kept, and shown for a reason. Developed from the negative, turned positive again. Meant to be retained, stored, and respectively shown in private or public, within the family circle or in the community. These images could have multiple uses or be put to contradictory use, but when the shoemaker stares down at the photographs, his faint reflection flickers on the glossy coating.